With the world’s biggest cryptocurrency exchange, Coinbase, going public, it’s clear that digital currencies are here to stay. Just because this new form of money is digital doesn’t mean it doesn’t have real-world implications—indeed, real-world usage is the goal. Critics tend to highlight the outsize environmental impact of creating and trading these currencies. How big is that impact, and what can be done to lessen it? 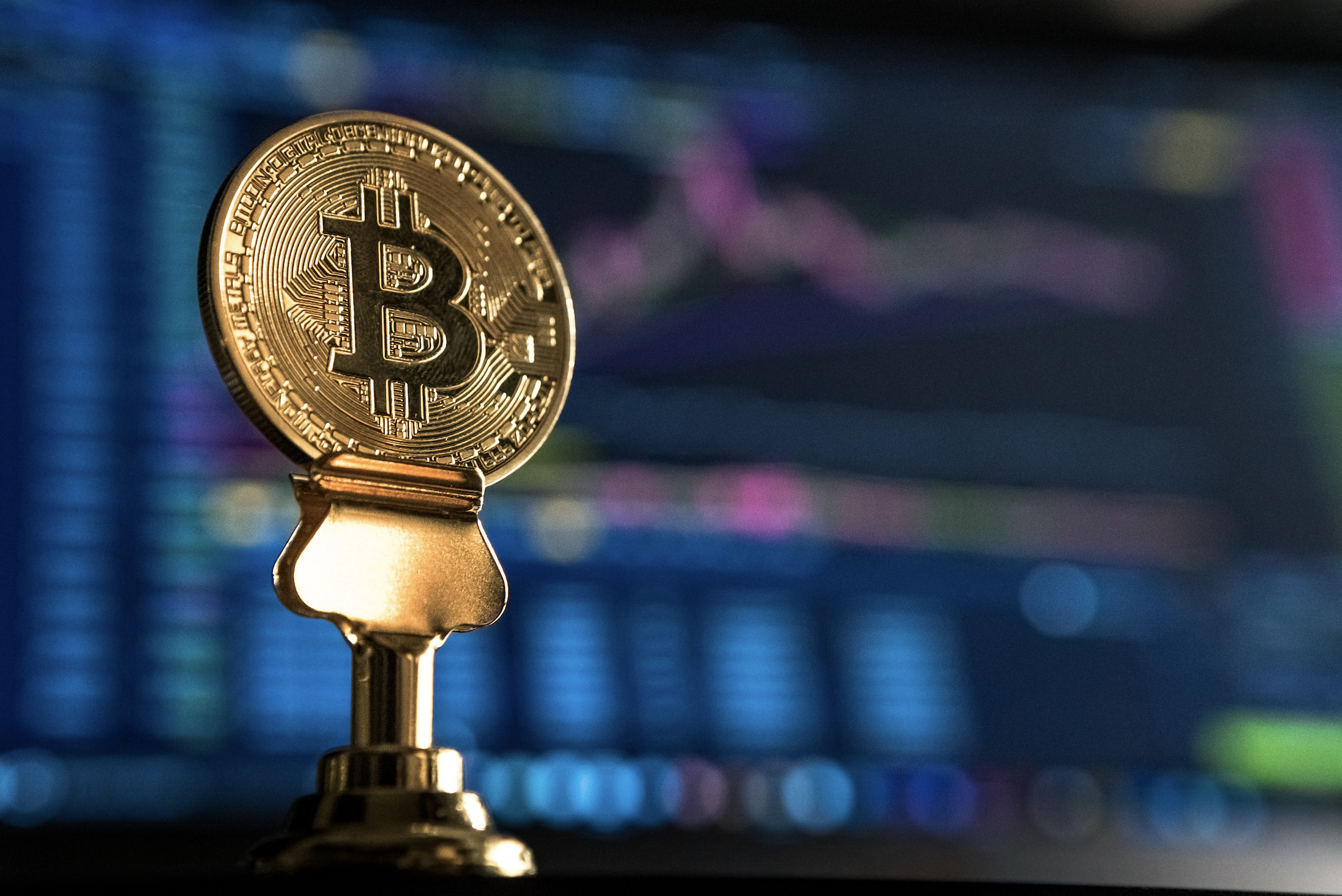 It’s been a banner year for cryptocurrency. The price of just about every different coin (the term for individual cryptocurrencies, of which there are many) plummeted with the onset of the pandemic, as did the traditional market. Savvy investors, institutional and retail alike, “bought the dip,” as they call purchasing more cryptocurrency during what’s understood to be a temporary price drop. Just hours before I began to write this very article, the price of Bitcoin (BTC) reached an all-time high of $64,899.00. That’s about ten times what it was exactly one year previously; on April 14, 2020, one BTC traded for as low as $6,456.

BTC is by no means the only cryptocurrency to rocket to the moon this past year—Ether (ETH), the second-largest coin by market cap, also hit its all-time high in the hours before this article was written, at $2,403.93. That’s up about 1,400% from exactly one year previously when one ETH traded as low as $148.08. You could take a look at any of the numerous coins at the market and see a similar story. The market is influenced by a number of factors—from discussions of a full-blown cryptocurrency ban in India to the price of an electric bill in China, where BTC “farming” is a major industry.

Undeniably, the reason various coins hit a new all-time high this week, on April 14, 2021, is that Coinbase, the most popular app and venue for everyday people looking to enter the cryptocurrency market, went public. The appeal of cryptocurrency is easy to see when you look at the numbers reported above; seemingly, anyone with a little bit of cash to spare can see unheard-of gains in a matter of months. Who wouldn’t want that? Well, it’s complicated. For those who don’t know what cryptocurrency is, what it does, exactly, here’s a quick explainer. It’s decentralized money—unlike, say, the American dollar, no one entity can control it. Different coins exist on different blockchains, which are essentially secure transaction ledgers that exist across a network of computers. It’s impossible to edit the records—there’s a secure level of certification inherent in the process. Ideally, it represents the greatest possibility of the internet; one unified world. What, you ask, can you use it for?

Beyond its apparent status as an online casino, the cryptocurrency market has yet to see much actual use in the real, physical world. By one report, in 2019, one quarter of BTC users specifically were involved in illegal activity. The authors of that report estimated that 46% of all bitcoin transactions involved illegal activity. BTC, the first cryptocurrency, was created in 2008 by a pseudonymous figure named Satoshi Nakamoto. Just over two years later, a then-anonymous Ross Ulbricht created the Silk Road, a bustling illegal marketplace (users could purchase anything from marijuana to murder) on the dark web that was shut down in 2013.

There are now legitimate uses for various cryptocurrencies—as of last month, people in the United States can purchase a Tesla with BTC. Starbucks is one of many chain retailers that accept various cryptocurrencies as payment. There’s even a crypto-enabled credit card, from the Winklevoss twins of Facebook fame. Still, only some 106 million people globally use or own cryptocurrencies. Populists and capitalists alike champion the technology for different reasons, but it faces more than one major obstacle on the path towards full global usage.

The greatest impediment towards a crypto-dominated world financial network is one it shares in common with many of capitalism’s most profitable industries: it’s horrible for the environment. According to researchers at the University of Cambridge, BTC mining alone represented 0.65% of all global electricity consumption in 2016, a number that has surely risen since then. Another outlet estimates that BTCs annual carbon footprint equals that of Norway.

Individual units of BTC don’t just appear fully formed out of the ether. They have to be mined, a process that boils down to high-grade computers continuously solving highly complex math equations. Miners audit BTC transactions and, by doing so, unlock new units. Obviously, the process is more complex than that—if you’re curious, it’s been explained many times by various experts. In terms of climate change, any sophisticated BTC mining operation involves large banks of hardware, which need massive amounts of electricity to run. As it computes, that hardware gets hot; miners need extensive ventilation and cooling systems to keep things operating. Since these farms run 24/7, they’re constantly consuming energy—and with cryptocurrencies rising in popularity, BTC mining in early 2021 is estimated to be consuming 66 times more electricity than it did in late 2015.

Researchers say that 75% of BTC mining happens in China. Rural areas there have relatively cheap electricity and swaths of undeveloped land, a perfect combination for investors looking to build massive mining operations. By 2024, researchers estimate that China’s BTC mines will generate greenhouse gas emissions equal to those of Italy or Saudi Arabia. Currently, about 40% of BTC mines in the country are powered by coal—the very image of unsustainable energy.

In Iran, earlier this year, cities across the country experienced blackouts blamed on power-draining cryptocurrency mining operations. As usage—or, more specifically, ownership—becomes more commonplace, so will the environmental consequences grow. Some cryptocurrency evangelists argue that in the long run, the consequences aren’t as bad as the continued use of current financial systems. They’re in the minority.

As an investment, all cryptocurrencies remain extremely volatile—one look at the lifetime fluctuations of any coin, from ETH to DOGE, makes that clear. At this point, though, investors of all manner of means, from teenagers with a couple of hundred bucks to deep-pocketed companies like Tesla, are plugged in and eager to see massive gains.

This year, a group of private sector entities announced the Crypto Climate Accord, inspired by the Paris Climate Agreement. Their mission is ostensibly simple: to “[decarbonize] the cryptocurrency industry in record time.” Backers include blockchain companies like Ripple and wealthy environmentalists like Tom Steyer.

There is some amount of potential for cryptocurrency to change the world’s financial systems. For now, it seems to be mostly about those involved cashing in on the gold rush. At this point, anyone involved can no longer ignore the climate implications. It’s not that cryptocurrency use itself is toxic—no mine risks contaminating its local environment with a BTC spill—it's that, just like any other industry that uses massive amounts of electricity, there’s a pressing need for renewable energy proliferation.

The answer to cryptocurrency’s climate problem is the same as so many other industries’ climate problems. Get rid of gas-guzzling automobiles, replace them with electric vehicles, replace the coal-fired power plants with wind farms and acres of solar panels. What makes cryptocurrency seem different is that it seems superfluous to the uninitiated. That’s not wrong: there’s no metric to report how many cryptocurrency investors are in it purely for the money versus how many are in it purely because they believe in the possibilities, but it’s safe to assume the former make up the majority.

One company, Gryphon Digital Mining, recently announced a 100% renewable energy mining venture. That’s great, but they’re based in the United States—a country that hosts a minority of mining operations. They might be a model for a sustainable cryptocurrency future, but the fact remains that this is a global issue that requires a global, governmental commitment to sustainability. That could be like BTC transaction taxes set up to fund solar farm buildouts.

It’s apparent that cryptocurrency as a whole is at odds with world sustainability goals like the Paris Climate Agreement. If you’ve got cryptocurrency holdings, maybe it’s time to invest in renewable energy. Bring solar energy to your town or city. Look for projects on ShareYourself local to you that are already working on the issue. Don’t see any? Start your own. With renewable energy sources, we all benefit—you, your family, people halfway across the world, plants, animals, everyone. Let’s keep this world alive.

Tags
#crypto #cryptocurrency #climatechange
With the world’s biggest cryptocurrency exchange, Coinbase, going public, it’s clear that digital currencies are here to stay. Just because this new form of money is digital doesn’t mean it doesn’t have real-world implications—indeed, real-world usage is the goal. Critics tend to highlight the outsize environmental impact of creating and trading these currencies. How big is that impact, and what can be done to lessen it?
Share this post:
Comments
choonchong.info/2021/05/14/taruhan-olahraga-sangat-digemari/ - Andy Kuliner May 19, 2021
Login or create an account to post a comment
- You Just now
Popular Posts
The Best Free and Cheap Online Tools for Social Entrepreneurs
Sea Level Rising
ShareYourself Grant Opportunity
National Philanthropy Day: How Race Impacts Philanthropy
Project Creator Interview: Jes Scribner of Birdhous
Categories