How long can you go without a drink of water? The answer: not long. Just like humans, the surface of the Earth must stay hydrated to support life. When droughts happen, people, wildlife, and plantlife all suffer. Current droughts are historically severe, in large part due to human actions. Learn how to do your part to reduce that severity. 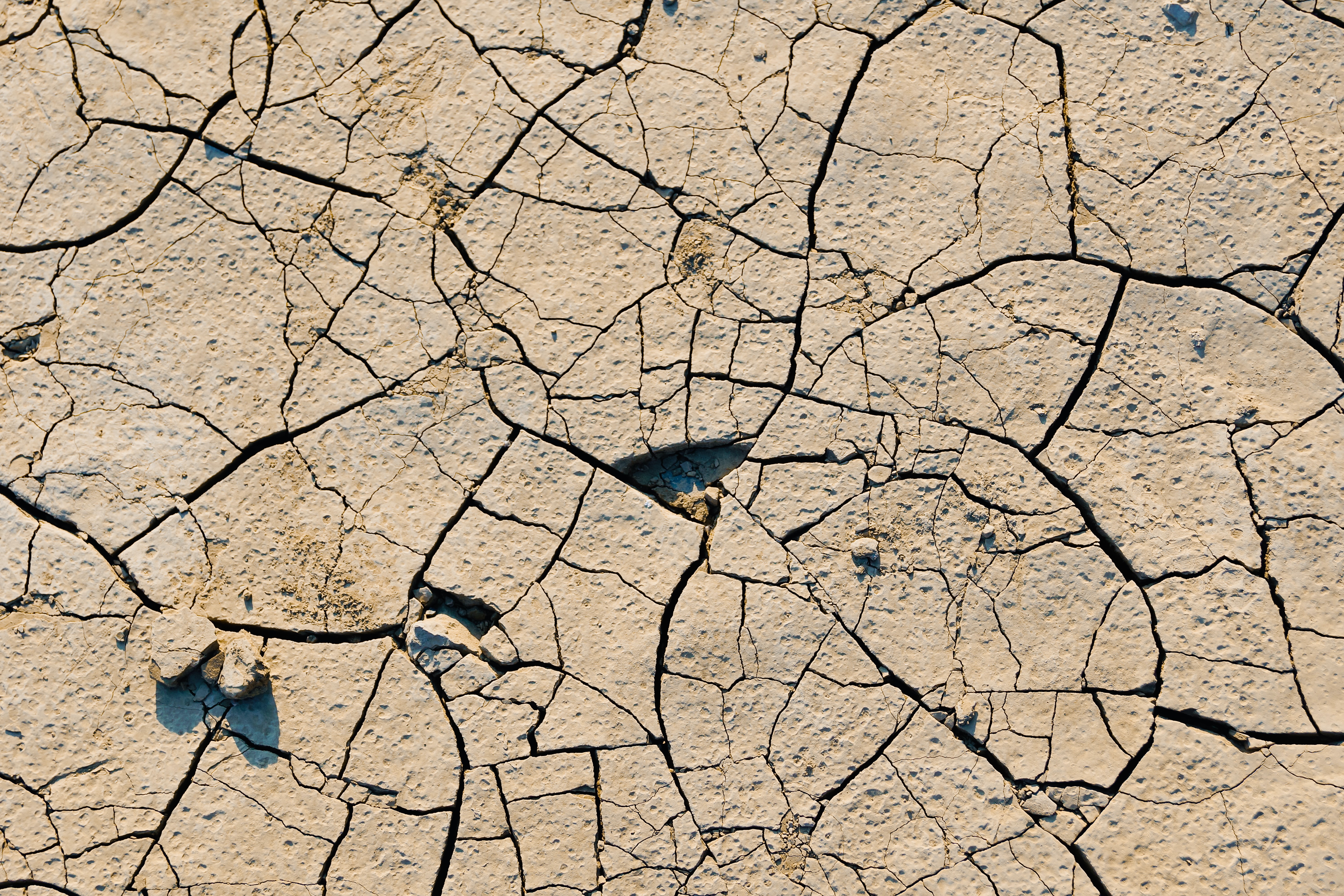 Spring rains bring life to the world before the heat of summer sets in, helping to coax flowers and grass back out from their winter retreats. In the Sierra Nevada mountains of California, the snowpack slowly begins to melt, and water rushes down rocky springs. Wildflowers and their pollinators proliferate. For centuries — for millennia —the seasons turned and life thrived under this natural routine. Global warming and the human factors behind it now threaten this natural equilibrium. Increasing droughts now spread throughout regions like California every year, so dire that even what rain does fall in the winter months isn’t enough. Deserts are expanding across the world. This lush green Earth is under threat. A drought is simply a period of dry weather, an elongated absence of precipitation. It’s land parched for a drink.

On the United States’ official drought-tracking website, there are five grades that define drought severity, from D0 - Abnormally Dry all the way to D4 - Exceptional Drought. At the time of writing, at the beginning of Summer 2021, the entire state of California is currently at least D1 - Moderate Drought. 85.2 percent of the state is in D3 - Extreme Drought. A full third of the state is currently at the most severe rating.

It’s not just drought severity that gives a cause for warning; it’s the time of year that drought begins. April 1 is the date traditionally marking the last snowfall in the Sierra Nevada mountains, where about a third of all water used in California is sources. This year, on that date, the snowpack was at 60 percent of the historic average. Unless miraculous rains fall on the state throughout the summer, that means the state’s drought has already begun, will last longer, and will be worse than in previous years.

Water is the source of life on Earth. When an area gets less of it, the consequences are severe. In the short-term, agriculture suffers. Without water, crops wither and die in the summer heat. Population centers must live with less water; residential and commercial water bills all rise together. Fish and other aquatic wildlife die off, their once-mighty rivers, streams, and lakes reduced to slow, weak, and hot trickles.

In the long-term, deep aquifers begin to deplete as surface water fails to sink into the ground and humans pump water up and out of these subterranean reservoirs. Land sinks. Forests that don’t receive the water they desperately need year after year grow dry and ripe for wildfire. Fish die-offs become worse. People who’ve historically depended on fish populations for food and income suffer. Those fish die-offs also affect wild predators who depend on those populations for food. Every single one of these issues becomes exponentially worse over the years, building upon the previous year’s devastation.

It’s not just California suffering from recent droughts. The entire Western U.S. is suffering. In Africa, countries including Morocco, Uganda, Sudan, and Ethiopia experience devastating droughts every year. In Asia, parts of China, Pakistan, and Iran are extremely drought-prone. Afghanistan, already suffering from years of conflict, is currently experiencing terrible droughts that are a primary cause of food shortages for some 13.1 million people, about a third of the national population.

Back in America’s West, extending down into Mexico, scientists recently determined that the period from 2000 to 2018 was the driest 19-year span there since the late 1500s. That’s almost a glimmer of hope — if this level of drought has happened before, in a fairly recent pre-industrial period, isn’t there hope for recovery? Potentially, but that same study found that human climate influence may account for 46 percent of current drought severity.

There are many human actions that contribute to drought severity. Where we cut down trees, we reduce local soil’s ability to hold water — the ground dries out faster and more easily turns to desert. Where we build dams, we reduce the flow of water downstream, rivers shrink, and fish die off. Fish become unable to return to their spawning grounds with dams in the way. Human water usage, both residential and agricultural, also leaves less for wildlife, less for the soil. Besides direct human causes of drought, everything we contribute to global warming also in turn contributes to drought. Higher temperatures mean faster evaporation and more quickly baked, more quickly desertified soil. Yes, megadroughts have happened throughout history. That said, it’s undeniable that we’re a major cause of the current megadrought. It’s our urgent responsibility to work against it and keep our planet wet.

There are actions we, as individuals and as a global population, can take to reduce drought. Simply monitoring your personal water usage and being more intentional is a start. Take shorter showers, don’t try and maintain a lawn if you live in a desert, that sort of thing. You’ll have a positive effect on your local water supply.

One study found that the average drinking water used per cow (in cattle farming for dairy and meat) totaled an average of 29.9 gallons per cow per day. Eating less meat and consuming less dairy is one way to influence decreased water usage. That said, the average American uses something like 80-100 gallons per day when you account for everything from drinking to toilet flushing to showering.

If you want to help reduce drought, get started on ShareYourself. Connect with other change-makers, either to further your cause directly or learn project management and organizational strategy. Raise funds for an educational initiative in your city. Lobby your local government to subsidize the installation of more sustainable, reduced water usage appliances in people’s homes and in businesses. There are actions we can take against drought severity. It is our responsibility — we must not let the world dry up.

Tags
#drought #climatechange #water
How long can you go without a drink of water? The answer: not long. Just like humans, the surface of the Earth must stay hydrated to support life. When droughts happen, people, wildlife, and plantlife all suffer. Current droughts are historically severe, in large part due to human actions. Learn how to do your part to reduce that severity.
Share this post:
Comments
Login or create an account to post a comment
- You Just now
Popular Posts
The Best Free and Cheap Online Tools for Social Entrepreneurs
Sea Level Rising
ShareYourself Grant Opportunity
National Philanthropy Day: How Race Impacts Philanthropy
Project Creator Interview: Jes Scribner of Birdhous
Categories