Jes introduces us to Birdhous, her farm and learning laboratory for young farmers in VT. She talks to us about collaboration, self-employment, accountability and saving agriculture. 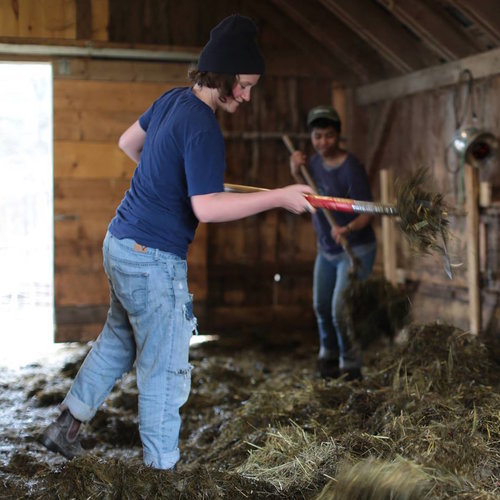 Jes Scribner is a young farmer in Barton, Vermont. In her late twenties, she has been passionate about the future of agriculture and farming for as long as she can remember.

In college, she took notice of the data on Vermont farms -- the median age of farm owners is 57, nearing retirement, and 98% have no transfer plans. That means no one -- not even the farmers -- knows what’s going to happen to their farms when they retire or die. At the same time, there’s a whole new crop of young people who, like Jes, didn’t grow up on farms, but are interested in things like sustainable food sources and working with their hands.

In response to the nationwide decline of family farms - and the simultaneous renewed interest in farming from a younger generation - Jes created Birdhous, a farm and learning laboratory. Birdhous hosts the Roosting Program, which is an incubator for young farmers to test out their ideas and receive business and branding advice before investing in their own land.

The first crop of “Roosters” will be landing at Birhous this spring. The farm will also feature a Farmstand, where Roosters will be able to sell their products. Kicking off the line of products are Jes’ highly sought after pierogis, handmade with ingredients grown on-farm and throughout Vermont. Currently the driving force behind her projects income, the scale and profit of the pierogis will make Birdhous sustainable as they hit farmer’s markets and grocers this summer.

Tell me about your project! What is it?
Jes: My umbrella project is Birdhous, which is kind of just the site, the location of the Roosting Program -- which is the project that I'm working on ShareYourself. It's a farm and I'm sharing the land with young people as a way to give them entry to agriculture without the high cost of buying their own land.

I came up with the idea for Birdhous because the vast majority of our farmer population is aging and reaching retirement age and a lot of them have no idea what they're going to do with their land when they retire. They don't have transfer plans, which means a lot of that land is gonna end up in development. And we need food -- so we need farms. And young people want farms and food, but their access to land is incredibly cost-preventative.

What are the biggest challenges you’ve faced so far in getting your project launched?
Jes: Realizing how crazy expensive it is and how challenging it is to get a farming operation off the ground. And making enough money to pay the bills ... in the short term.

Other than Stu, your Dad, has there been anyone that has helped you along with the process of your project?
Jes: I definitely got a lot of support and learning and mentorship while I was at Sterling College. And then for the first while that I was out here it was largely home renovation and just making the place livable, which was is right up Stu’s alley. Stu’s son Nick has helped me out a lot, too. A real lot. Stu a lot of times will just give me a fish but Nick will come out here and teach me how to fish and that's been really great.

More recently, I started working at a dairy farm and the owner’s been doing it for seven years and turning a profit and doing really cool things and is super knowledgeable, both about everything in farming, as well as getting a share of the market. So he's kind of my agricultural mentor. He's letting me sell my pierogies at the Burlington Farmers Market alongside his product, which is a huge win. There's no way that Birdhous would ever get into the Farmers Market on my own. There’s a lot of potential for co-marketing and co-distributing in general, which I guess is the lesson to network and do things with other people that have more experience instead of doing everything by yourself.

What do you love most about what you do?
I am very fond of the freedoms that self-employment affords a person. When I make a schedule for myself, I don't have a day off and I'm working for 10 hours a day. On and on and on; it seems like a lot. But I'm choosing. First, I'm choosing to do that -- I'm choosing a lifestyle -- but also I'm choosing the things that I'm doing and I'm not being told, “Get this done by Friday!" I'm saying to myself, "You better get this done by Friday if you want next week to work."

It is a better motivator for me to be ruled by nature, animals, and the people around me than a boss and a corporate environment. And for me, the farm, this land, has so much opportunity and I can see myself doing this pierogi thing for a few years, getting that off the ground to a place where I can have other people make them so that I can focus my attention somewhere. I can keep on growing and learning, and I don't see myself on a path where there's an end. Or where I'm stopped or settled or stuck and I just have a ... I have a yearn, I'm always yearning and so being on a traditional career path would ... I think I'd be yearning in vain, maybe.

It keeps you on your toes.
Jes: Definitely on my toes. There's a lot of opportunities to try something else later on. I don't feel like I'm putting myself in a box, in a corner, and saying this is what I'm gonna do forever. I'm always gonna have the mission of helping other people do what they wanna do, but what I do day-to-day is really up to me. And what wind takes me somewhere, so long as I'm paying the bills of course. 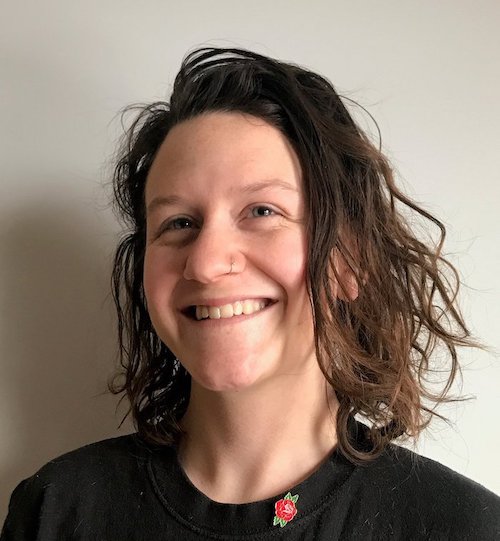 How has ShareYourself helped you move your project forward?
Jes: Mostly and so far what I've used ShareYourself for is task management and organizing big projects into smaller things. I still am making a to-do list every day on paper, which works for me because I like to actually cross it out. In our house I'll have that piece of paper around for a week and be like, “You know, you never did that thing on Tuesday." And I'll just keep adding and subtracting and that works for me.

But then ShareYourself helps me stay honest. Like when I logged on this morning I saw a lot of things that were overdue and I had done them. I just had to get in there and do it and other things I decided I didn't have to do at all, so it tells me where I was at the last time I logged in and helps me feel like I am indeed moving forward.

It’s more bigger picture for me. I have been getting a few messages on the platform of people wanting to get involved. That is the next step for me -- doing more community involvement and having projects so that people can come share themselves with Birdhous. That's kind of what I've seen as the real value of ShareYourself, but I recognize that it’s a long process to build the network and then work inside of it. I think that my mission speaks to people, and without a mission and story it’s definitely hard for people to want to help you, unless you're calling out for help.

And in terms of task management as a group…[ShareYourself] could be a good way for us to start communicating and planning better, instead of just following the winds. In that way, I do think that the value of the ShareYourself task management feature is that it’s online, because we can all make these to do lists on paper as much as we want. And we can cross things off and we can throw that list away and be like, “Oh it’s fine, I'll make a new list." But everything is in ShareYourself still. Things that go on paper its really easy put them out of your mind, but ShareYourself keeps them on the front burner. 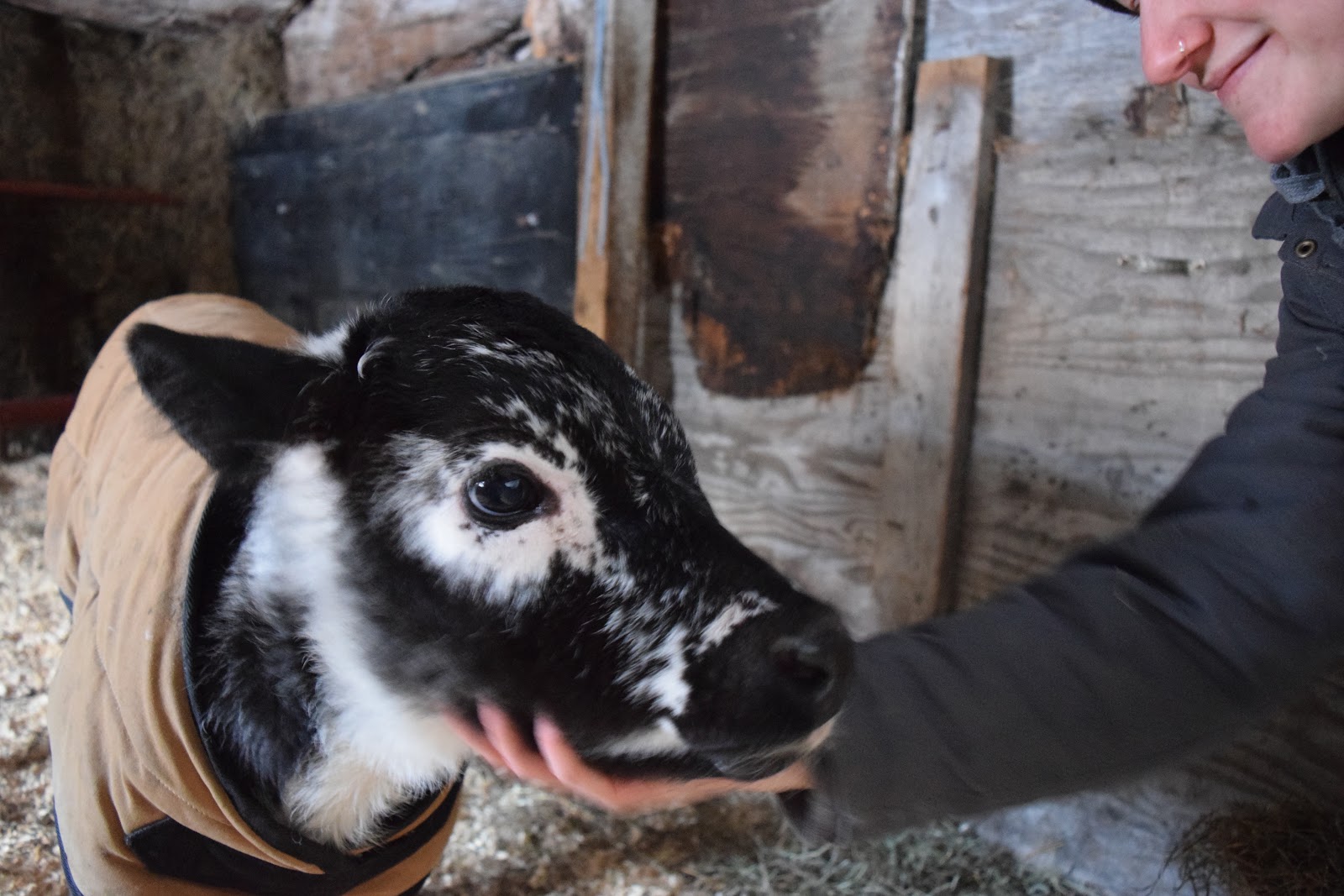 Follow Jes and her Birdhous and Roosting Program projects on ShareYourself