There are many philanthropists operating today, but there are some who truly lead the rest by example. Doug and Kris Tompkins, who spent years building companies like The North Face and Patagonia, are two of those people. Their environmental conservation work in South America is a blueprint for how to make a difference in the world. 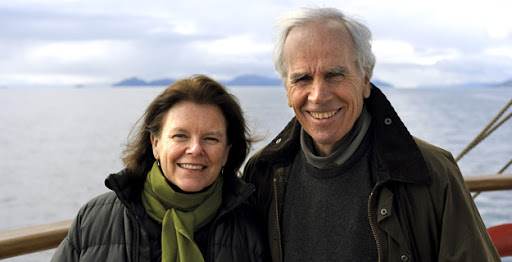 For a certain subset of businesspeople, philanthropy has always been second nature. Yvon Chouinard, the billionaire founder of beloved outdoor clothing brand Patagonia, has long set an example for what both personal and corporate social responsibility can look like. However, he happens to not be the only outdoor clothing magnate with a sense of responsibility and a drive to protect, preserve, and otherwise secure the future of our beautiful planet.

There are at least two other conservation-focused philanthropists who deserve to be mentioned in the same breath as Chouinard: Douglas and Kristine Tompkins, often referred to as Doug and Kris. Their stories, incidentally, are closely linked to Mr. Chouinard’s. Doug, born in 1943, grew up in a small town in upstate New York. In his early 20s he founded The North Face, that wildly popular American outdoors brand, up there with Chouinard’s Patagonia. Both men fell in love with Patagonia, the legendary South American wilderness, at a young age. Doug founded another clothing brand as well: Esprit. However, he sold his stake in that company in the 1980s, fed up with consumer culture and desiring to spend more time on his environmental activism. After a long and fruitful life, he passed away in 2015 following a tragic kayaking incident in Chile. Kris Tompkins was born in California in 1950. As a teenager, she befriended and began working for Chouinard at what would eventually become Patagonia. In the 70s, she became CEO of the company, working with Chouinard to establish its environment-first reputation. While there, she spearheaded initiatives such as donating 10% of all profits to certain environmentalist organizations. She served as CEO until 1993, then quit to marry Doug, a long-time friend, and move south—she left Patagonia the company for Patagonia the paradise. Together, they doubled down on a lifetime of environmental conservatorship, working to protect the lands they loved, up until Doug’s death and beyond. Kris still carries the torch.

The Tompkins’ great legacy is their creation of massive public nature reserves across Chile and Argentina; this work exists under the umbrella of their Tompkins Conservation foundation. The first project they undertook after moving to Chile was to create Pumalín Park, 800,000 acres of stunning, public-access land in the country’s southern region. The park is a true wonder, filled with soaring granite peaks and deep, clear lakes. Since then, they have helped create or otherwise protect over a dozen parks across Chile and Argentina.

Even after Doug’s death, Kris has forged on and says she “will be there in Patagonia till the day I die.” She is fully committed to the preservation of our planet. It’s not just about creating parks. The Tompkins Conservation has four main areas of focus: park creation, restoration, ecological agriculture, and activism generally. They define five guiding concepts: eco-localism, local and renewable energy, natural beauty, meaningful work, and the unity of both conservation and environmental activism. Their massive projects have seen them working with the governments of both Chile and Argentina—in 2019, they handed Pumalín Park over to Chile, and it became Pumalín National Park. In the early days of the Tompkins’ time in Chile, they encountered skepticism. This is perhaps no surprise—ultra-rich foreigners coming in and buying up huge swaths of land is, on its face, suspicious. Are they government agents? Why are they here? Not everyone expected their motives to be so pure. Kris, in a Guardian article from 2016, had this to say:

“The land we had bought first was owned by Chileans, mostly absent landlords. We bought farms and restored them. They ranged from Patagonian grasslands to forests and mountains. It was always the plan to give it back. We gave the last of the Argentina land back on 23 September [2016].”

Doug and Kris Tompkins—and their old friend Yvon Chouinard—are world citizens par excellence. They built fortunes, separately and then together, and used that power to restore huge swaths of land before returning that land to the relevant governments as parks. Few people embody the original meaning of the word philanthropist so well: love of mankind. To love mankind is also to love the natural world; we are a global people intertwined with all life on our planet. They understood that, and practice that love through their work.

In that same Guardian article referenced above, Kris said “We don’t have the luxury of being complacent [...] You have to act at the end of the day; you have to do something.” She’s right. You don’t have to be the CEO of a clothing company to affect change; you can get involved today. ShareYourself plays host to hundreds of projects focusing on issues like environmental conservatorship, arts education, clean water, and more. Find one you care about, connect with the people who are already involved, and begin your journey to change the world. It’s the only one we’ve got.

Tags
This post has no tags.
There are many philanthropists operating today, but there are some who truly lead the rest by example. Doug and Kris Tompkins, who spent years building companies like The North Face and Patagonia, are two of those people. Their environmental conservation work in South America is a blueprint for how to make a difference in the world.
Share this post:
Comments
Login or create an account to post a comment
- You Just now
Popular Posts
Sea Level Rising
National Philanthropy Day: How Race Impacts Philanthropy
ShareYourself Grant Opportunity
Project Creator Interview: Jes Scribner of Birdhous
The Best Free and Cheap Online Tools for Social Entrepreneurs
Categories