Every year, many thousands of animals are slaughtered for no good reason — not for food, but so their body parts can be sold as luxury goods. Elephants, pangolins, tigers, whales, rhinos, and other wondrous animals are killed or captured and then brought into the black market economy. Poaching, or the illegal hunting of animals, is a horrific practice that continues despite local and global rules that forbid it. 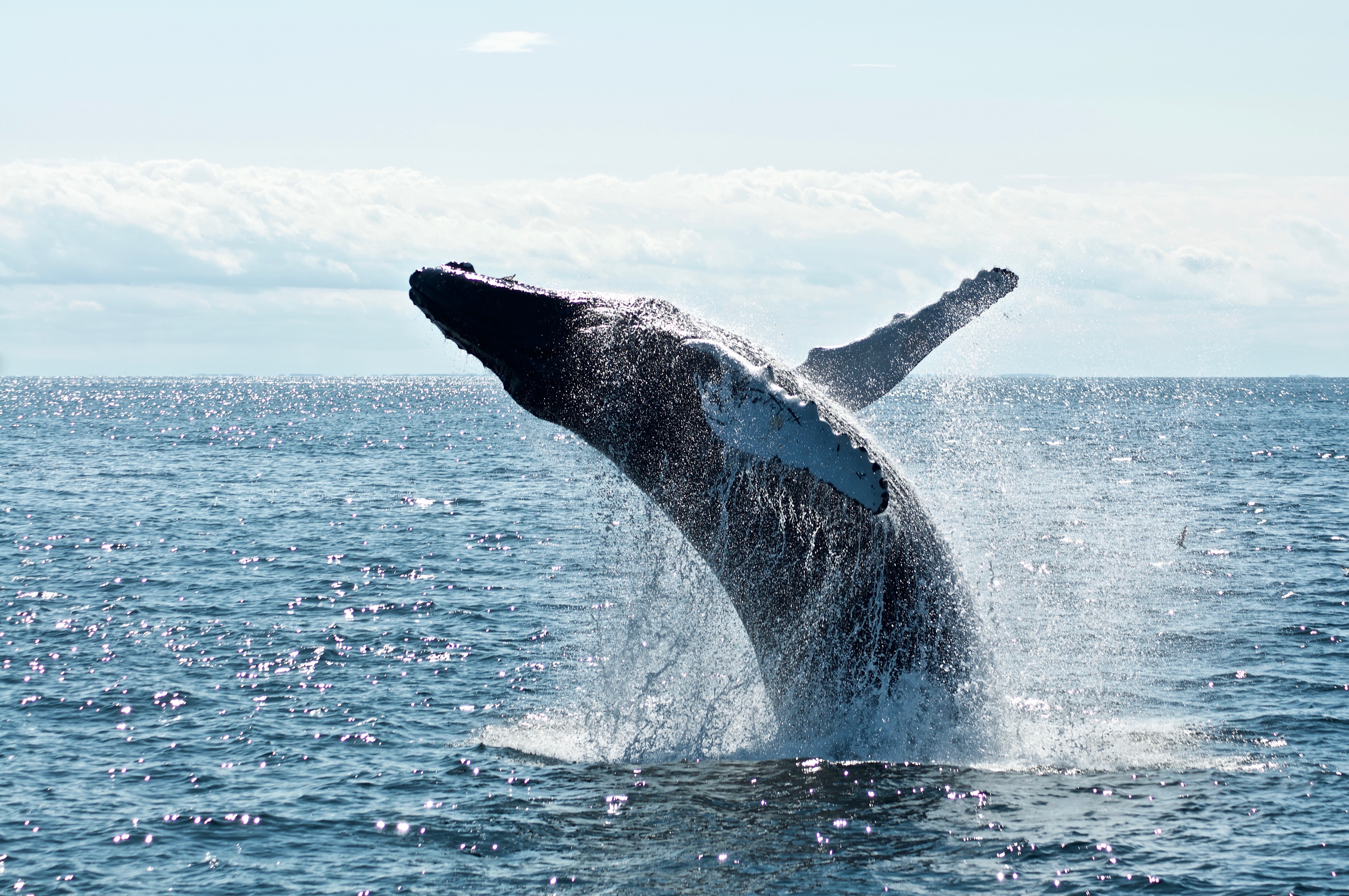 Wild animals across the planet face a non-stop battle for their lives. They’re constantly searching for food, fending off competitors within their own species, running from or sparring with predators from other species, and generally struggling to survive. This is before accounting for the human factor.

At the hands of humans, animals face habitat destruction, which makes all those other natural survival factors more intense. They deal with polluted water supplies. They’re also hunted — some for food, some for sport, and some purely for illegal trade. Poachers stalk a select few animal species for food, body parts, and live trade.

“Poaching” is a beautiful and subtle way to cook an egg or other food item in a vessel full of gently simmering liquid. That’s one definition. Another, from the Oxford Dictionary, is “poach (something) to illegally hunt birds, animals, or fish on someone else’s property or without permission.” Another definition, from the same source: “to take and use someone or something that belongs to someone or something else, especially in a secret, dishonest, or unfair way.”

Technically, if you snuck onto a local farmer’s property in the dead of night and stole away with a live, squawking chicken, you’d be a poacher. In modern parlance, however, the idea of poaching has very specific connotations. It’s more associated with endangered and at-risk wild species like rhinos, tigers, and elephants.

Why do poachers do what they do? Exotic animals including birds, reptiles, and primates are often captured live and resold on the black market as pets. African elephants are slaughtered for their ivory tusks, which are ripped out and shipped off, the gentle giants’ bodies left rotting in the dust. Pangolins, the world’s most trafficked mammal, are slaughtered en masse — as many as 2.7 million African pangolins meet an unjust fate each year. They’re killed for their meat, but mainly for the scales that cover their little bodies; those scales are ground up and used in traditional Chinese medicine practices. In fact, they have no medicinal value. Even after some light research into each of the various species most targeted by poachers, it’s easy to conclude that these animals' deaths (and non-fatal thefts) are almost always in vain. They’re killed for their body parts, which are fashioned into superfluous luxury goods, eaten as delicacies, or used as medicine of questionable efficacy. That, or they’re kept as luxury pets. It’s fair to say, as a blanket statement, that nobody really needs what’s produced by poaching wild animals.

There’s one specific genre of poaching that still enjoys (protested) legal status in certain parts of the world: whaling. For centuries, societies across the globe slaughtered various species of these giant ocean mammals to fulfill certain needs. Some cultures ate the meat of the whales they killed, but the main reason people hunted and killed whales was for their blubber, from which people derived whale oil. For centuries — particularly in the latter half of the last millennium — whale oil was used primarily for lamp fuel and in soap. It was also used to lubricate fine instruments and machinery.

Whale oil saw many uses into the first half of the 20th century, even as a key component in explosives manufacturing during the two world wars. As humanity industrialized and became more driven by the churn of capitalism than a pure trade economy, so too did the pace of whaling accelerate. National Geographic reports that some scientists estimate “more whales were hunted in the early 1900s than in the previous four centuries combined.” It became unsustainable. At the same time, fossil fuel production began to accelerate, and whale oil became less useful — it was replaced.

In 1946, the International Convention for the Regulation of Whaling was signed in Washington, D.C. It was clear that humanity was overhunting global whale populations, and there was a need for oversight. In 1982, what was by then called the International Whaling Commission issued a moratorium on all commercial whaling; that did not come into effect until 1986. As the 20th century came to a close, and since any real need for whale products had evaporated, people across the globe generally accepted that whaling was over and done.

Though whaling is illegal in most countries, many of these beautiful giants are still slaughtered every year. Iceland, Norway, and Japan still actively and brazenly engage in whale hunts. Japan claims they’re conducting scientific research, Norway simply objects to the ban, and Iceland claims certain reservations. This is essentially poaching against globally accepted rules, committed by three specific nations.

Whaling wasn’t just halted because there wasn’t much use for the product anymore — it was halted because many species of whales were hunted nearly to extinction. It’s difficult for scientists to say exactly how many whales of a particular species used to roam the world’s oceans, but they have ways of estimating.

One article, produced at Stanford in 2003, states that the North Atlantic humpback whale population was about 10,000 — half of the historic high of 20,000 (a figure based on old whaling erecords). Scientists compared DNA samples from 188 humpbacks, however, and concluded that the historic population may have actually been 10 times greater than that high estimate.

It’s possible that Japan, Norway, and Iceland have killed nearly 40,000 large whales since the 1986 moratorium. It’s also reported that over 100,000 dolphins, small whales, and porpoises are killed across the world each year. This is not sustainable.

It’s difficult to put a stop to illegal whale hunting (poaching), since it happens out on the open ocean. Organizations like Greenpace and Sea Shepherd do what they can to halt whaling operations on the ground — or on the water, as it were. From 2005 to 2017, Sea Shepherd saved over 6,000 whales from commercial Japanese whaling vessels in the southern oceans. There seems to be no end in sight to illegal whaling. Certain whale populations have recovered somewhat from their lowest numbers at the peak of commercial whaling, but no whale population is as healthy in numbers as it was in the pre-whaling era.

If you’re shocked or concerned by the actions of poachers, either on the ocean or on land, hunting whales or pangolins, there are ways to get involved. It’s easy to donate to the anti-whaling organizations linked above. It’s similarly easy to donate to groups on the ground in Africa stopping poachers.

Even better, organize people in your community and across the globe. Create an anti-poaching project on ShareYourself. Organize with similarly-minded activists to raise awareness. Run fundraisers to send money to organizations doing work in the field. If you’re really ambitious … you could start your own. Animals have a right to life. They don’t deserve to be slaughtered purely for their body parts to be turned into superfluous luxury goods. Together, we can stop the evils of poaching.

Tags
#poaching #hunting #whaling
Every year, many thousands of animals are slaughtered for no good reason — not for food, but so their body parts can be sold as luxury goods. Elephants, pangolins, tigers, whales, rhinos, and other wondrous animals are killed or captured and then brought into the black market economy. Poaching, or the illegal hunting of animals, is a horrific practice that continues despite local and global rules that forbid it.
Share this post:
Comments
Login or create an account to post a comment
- You Just now
Popular Posts
The Best Free and Cheap Online Tools for Social Entrepreneurs
Sea Level Rising
National Philanthropy Day: How Race Impacts Philanthropy
ShareYourself Grant Opportunity
Project Creator Interview: Jes Scribner of Birdhous
Categories