Blog / We Need Bees, They Don't Need Us

Have you ever been stung by a bee? It hurts, but that’s no reason to fear or hate these black-and-yellow, fuzzy, flying insects. Bees are a great friend to humanity — they play a major role in the food chain, especially in fruit production. It’s time to learn more about these insects and take action to protect them. Save the bees! 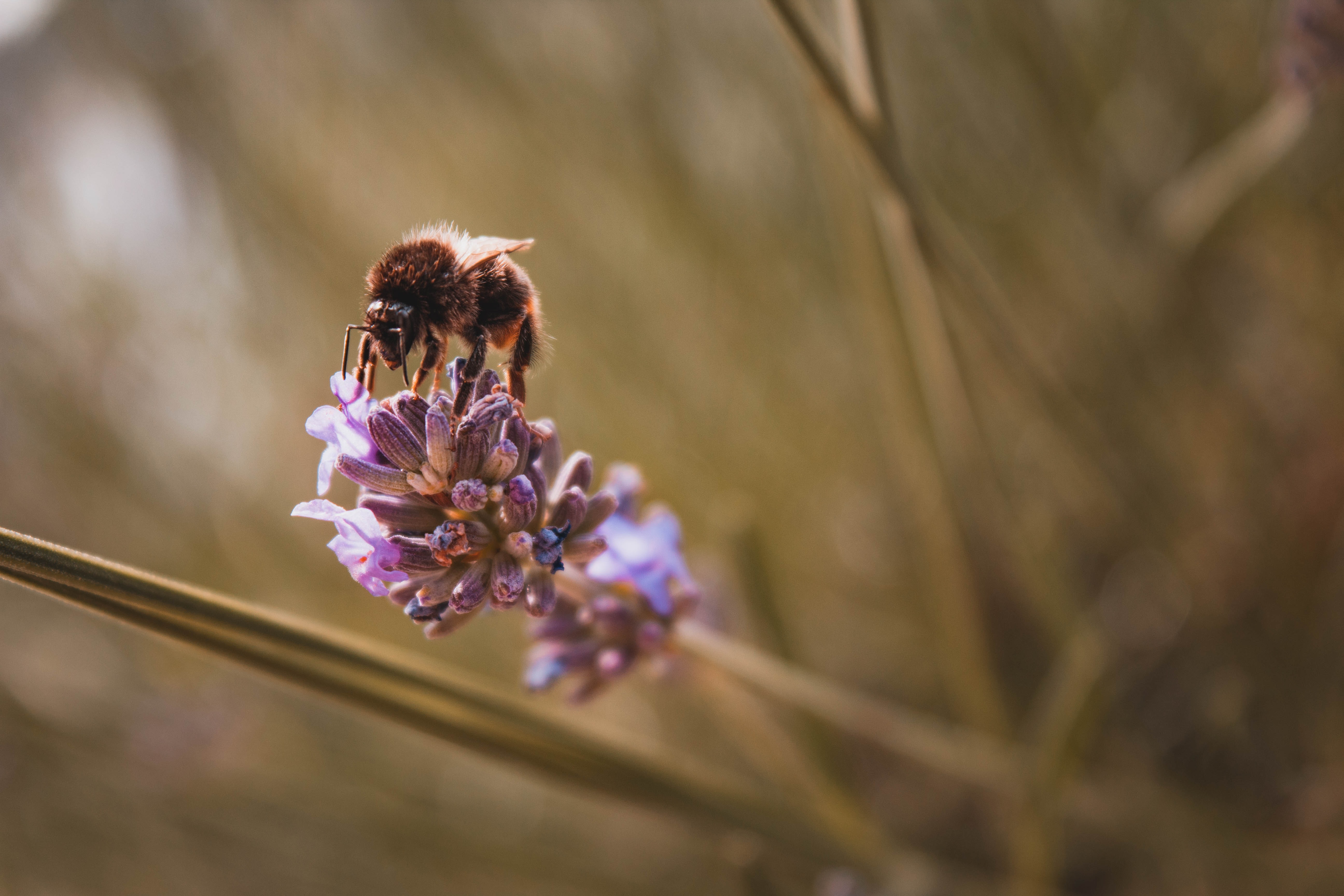 Surely you’ve heard the rallying cry, whether online, in the news, or on a bumper sticker: Save the bees! The bee-shy and the bee-allergic might disagree, but those buzzing black and yellow insects are fascinating and crucial players in life on Earth. Their honey production is a boon to naturopaths and gourmet chefs alike, but their true importance is as pollinators—they play a major part in the pollination process, the ferrying of pollen from male to female plants, enabling those plants to reproduce.

How many types of bees do you know? The common bumblebee, the humble honeybee...there are actually over 20,000 species of bees known to exist in the world, 4,000 of which are native to the United States. The smallest is perdita minima, measuring in at just under two millimeters long. Almost invisible to the human eye, they live in the deserts of America’s southwest, subsisting on the nectar and pollen of that region's hardy wildflowers. The biggest is the aptly named Wallace’s Giant Bee, a rare species, once thought extinct but rediscovered in 2019, only known to live on three remote Indonesian islands. Females of this species have been known to grow to a length of 38 millimeters, nineteen times the size of perdita minima.  Between these two extremes exist an amazing diversity of bees living on every content save for Antarctica.

This isn’t the space to expound on the entire diversity of the world’s myriad bees. Instead, let’s focus on those that we see most often in day-to-day life: the bumblebee and the honeybee.

The common eastern bumblebee, or bombus impatiens, is, as the name suggests, the most common bumblebee in North America. These fuzzy yellow insects pollinate all manner of flowers, fruits, and vegetables, from cucumbers to blueberries. That fur covering their bodies is crucial to their role as pollinators; it picks up pollen as they fly from plant to plant, which then rubs or falls off on subsequent plants, completing the pollination process.

Bombus impatiens is, like all bees, split into three subcategories: queens, workers, and males. Queens of this species are the biggest, growing as long as 23 millimeters; workers only grow as big as 16 millimeters, with the males generally falling somewhere in the middle. As with other bees, the hierarchy works as such: queens stay in the hive and lay eggs, males mate with the queen, and the workers do the rest. Workers bees do everything from gather nectar, to produce honey, to guard the hive.

The best known honeybee is apis mellifera, or the western honey bee. There are at least 20 subspecies; this bee has been domesticated and spread around the world by humans since at least the 17th century, and is prized for both wax and honey production. At this point, just like bombus impatiens, the western honey bee lives on every continent except Antarctica. They can grow as long as 20 millimeters. They too are very important pollinators, though slightly less furry than bombus impatiens.

Now that you know some basic bee facts, let’s get into the details of their importance as pollinators. By one report, 80% of United States commercial crops depend on honeybees for pollination. Per another report, bees and other pollinators (such as bats, butterflies, and small mammals) are responsible, through their actions, for bringing us one out of every three bites of food. It’s important to note that these animals don’t seem to know what they’re doing; rather, bees are concerned with harvesting nectar, and they pollinate quite by accident. Plants that rely on them have evolved to provide nectar such that to reach it, bees inevitably become covered in pollen and spread it around to other plants. It’s a beautiful example of how nature works — plants and animals evolved to work in harmony and sustain each other. In their own eternal hunt for nectar, bees place a huge part in the reproduction of plants that humans depend on for food. Without bees, many plants would be unable to reproduce at the scale they do now. Birds that feed on bees would have less food; they too would die out. These events would cause a devastating ripple effect throughout the greater world ecosystem.

Grains such as rice and wheat are pollinated by the wind and do not need bees. It’s fruits such as blueberries that rely on bees for as much as 90 percent of their pollination. Theoretically, people can pollinate these fruits by hand, but it’s terribly inefficient; bees do the work and we reap the benefits. It’s possible that without bees, we’d still have plenty of food to eat, but our diets would be less diverse, lacking essential nutrients found in fruits and other bee-pollinated foodstuffs.

You should now have an understanding of the importance of bees, but you might still be wondering why we need to save them. Well, as with general climate change or polluted waterways, the short answer is that humans are killing them. Commercial pesticide use is devastating for bee colonies. As we develop land, burn forests to create fields for agriculture, and otherwise destroy habitable environments, bees have less places to live. There are other factors at play, but these two are known to be caused by humans and to be absolutely devastating for bees. One study by the United States government found that between 1947 and 2008, the number of honeybee hives in America declined by a whopping 60 percent.

It’s not too late to reverse some of the damages wrought by people upon bees. To start, we can pressure governments to ban toxic pesticides, we can place further protections on wild habitats and stop their destruction, and we can work towards a more natural and permacultural agriculture. If governments required massive agribusiness companies to practice organic farming, we’d kill less bees, it’s as simple as that. What, you ask, can I do to save the bees? There are groups out there already working towards that goal, but you can start in your own community. Use ShareYourself to start an educational initiative, and teach people to love, not fear, bees. Use ShareYourself to organize a project based on banning pesticides in your town or city. Work with grocery stores to get them to stop carrying products grown with pesticides. There’s much work to be done, but if you love bees — even if you’re scared of bee stings but love eating ripe summer fruit — it’s time to start working towards a more bee-friendly world. We are part of life on Earth. Let’s act like it, and show by our actions that we care.

Tags
#bees #climatechange #food
Have you ever been stung by a bee? It hurts, but that’s no reason to fear or hate these black-and-yellow, fuzzy, flying insects. Bees are a great friend to humanity — they play a major role in the food chain, especially in fruit production. It’s time to learn more about these insects and take action to protect them. Save the bees!
Share this post:
Comments
Login or create an account to post a comment
- You Just now
Popular Posts
The Best Free and Cheap Online Tools for Social Entrepreneurs
Sea Level Rising
National Philanthropy Day: How Race Impacts Philanthropy
ShareYourself Grant Opportunity
Project Creator Interview: Jes Scribner of Birdhous
Categories