Are you sure you want to delete ? This action cannot be undone. 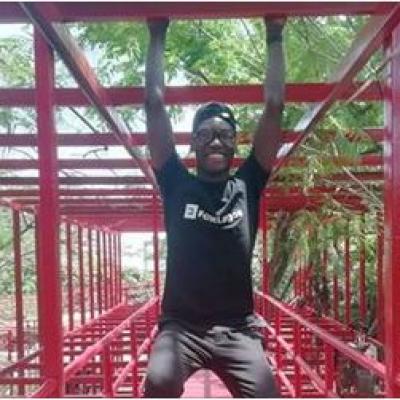 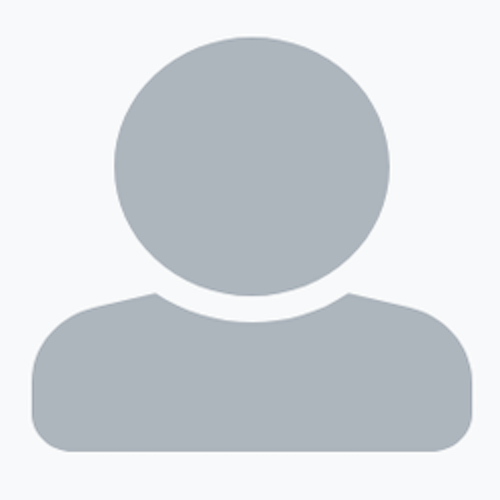 Working with Daniel Oni, You are to create write-ups and drafts for the website that will run in tandem to the codes.
2

Corona virus (COVID 19) has spread to almost every country on the planet. According to WHO data, as at 15th April, 2020, there were a total of 1 914 916 confirmed cases with 123 010 registered deaths. In Africa, there were 11 367 confirmed cases with 523 deaths. An outbreak which started in China a few months ago is gradually pushing the whole world to a brink. The economic and financial impact of the pandemic cannot be overemphasized as economic activities have almost been brought to a halt globally. At the beginning of the crisis, the pandemic’s impact on food security, nutrition and the global health sector was thought to be under control. Now as the pandemic lingers even longer than expected, world leaders face a daunting task of sustaining quality food supply in a volatile situation. Like many countries overly dependent on food imports, many African nations stand to be adversely affected by the slowdown in import and export activities, and will have to depend on a food sector already weakened by the effects of climate change.


​Africa is undergoing a health transition. Infectious diseases like HIV/AIDS, Malaria, etc. have been a thorn in the flesh for several decades. However, there’s been a more alarming trend over the last few years. Globalization has influenced lifestyles in African populations. Fast food, sedentary lifestyles, smoking and increased alcohol intake are new and accepted trends. This has led to an increase in Non-Communicable Diseases (NCDs) eg. Diabetes, Cancer, High Blood Pressure, etc. According to a WHO article by D. Maher published in 2010, in the year 2000, there were an estimated 972 million people with hypertension, 65% of whom lived in the developing world, with the number predicted to grow to 1.5 billion by 2025. In 2007, there were an estimated 246 million people living with diabetes mellitus with 6 million new cases and 3.5 million deaths, with 70% of these patients living in developing countries. Chronic obstructive pulmonary disease similarly affected large numbers of people with an estimated 300 million people with asthma and 61 million with chronic airflow obstruction, with three-quarters of the patients living in Asia and Africa. In another WHO article published in 2019, 6.2 million children and adolescents under the age of 15 years died in 2018. 5.3 million of these deaths occurred under the age of 5 years with children from Sub-Saharan Africa considered 15 times more likely to die within this age group than children in developed countries. A recent article released in March 2020 by UNICEF stated that nearly half of all deaths in children under 5 are attributable to undernutrition. Undernutrition increases the frequency and severity of infections, delays recovery and puts children at a greater risk of dying from infections. The management of NCDs is based on a combination of proper lifestyle management, a good dietary approach and conventional medicine. With these facts in hand, it is quite clear that any further stress caused by COVID 19 on the food value chain sector in Africa is expected to have a damning effect on the public health situation of countries.


​With the virus spreading mainly through human contact, several affected countries have been placed on temporary lockdown regimes with the goal of containing the virus as much as possible. These situations have been well implemented in countries with adequate food supply. However, in many developing countries, who depend more on food imports, there are several complications with regards to this. According to a UN report in April, world food prices dropped in March due to COVID 19 and a slump in global oil prices. Consequently, the FAO Food Price Index which tracks monthly changes in the international prices of commonly traded food commodities averaged 172.2 points in March, indicating a 4.3% percent decline from February. In complicated fashion, these changes do not reflect on the ground especially in developing countries. Several African countries have reported a drop in local oil prices. However, food prices have witnessed a sharp increase as per reports in some African countries where lockdown is applied like Ghana, Rwanda and Sudan. As many people scramble for few food commodities available, food prices shoot up and the most vulnerable of these populations are unable to afford them. Some countries like Morocco have been able to control food prices excellently amidst lockdown measures, with severe punishments imposed on traders that overcharge their food products. The Moroccan government has equally established a COVID 19 solidarity fund to help attenuate the effects of the pandemic on households. Countries like Ghana, have resorted to other measures to try and minimize the impacts of such situations by resorting to the sharing of cooked food to people in vulnerable communities, and even with these measures, there have been complains about difficulties some people with special needs have with regards to accessibility. These measures, although good cast lots of aspersions with regards to their sustainability. Ensuring adequate food supply in these trying times is the real game changer. However, in as much as the proper food safety precautions are taken with regards to the food distributed, their nutritional value may not necessarily be up to par. With so much uncertainty on when the pandemic will be over, it is quite evident that most developing countries may enter food crisis should proper timely measures not be implemented. This will mean dire consequences with regards to the health of populations and also the case management capacities of health institutions.

The COVID 19 pandemic is a serious public health concern. Its impact cut across all sectors including health, food security and nutrition as well as climate resilience. Short and medium term solutions already put in place to contain the spread of the virus are very important. However, with the world enduring Ebola and now COVID 19 within a decade, developing countries should be looking at long term solutions to help withstand the socio-economic shock such situations bring through proper planning. Improved Health systems should be the top priority of African countries going forward."

Daniel Oni
You nailed it, Tsar! Such a great read especially in this critical times.

Tsar posted an update to CovidDoctor
April 17, 2020
"LESSONS TO LEARN FROM NIGERIA'S MODEL OF FLATTENING THE CURVE

Second, be open and transparent about Coronavirus cases. The index Coronavirus case recorded in Nigeria was reported within 48 hours of the Italian arriving Nigeria. The federal minister of health, NCDC and the Lagos state commissioner of health did not waste time informing Nigerians. They have also continuously followed that with regular updates. The NCDC now has a microsite to provide regular updates to Nigerians and the international community. Other information available on the microsite are videos on risk reduction and summaries of the global Coronavirus situation report.
Third, invest in laboratory diagnoses of Coronavirus. Within weeks after the Coronavirus outbreak began, NCDC, with the support of partners, upgraded four of its reference laboratories to diagnose Coronavirus. This led to quick diagnosis of the Italian despite his falling ill in a neighboring state to Lagos. These reference laboratories are located strategically around the country, so that delays in moving samples are reduced.
Fourth, the highest political will is imperative for epidemic preparedness. In 2018, after 7 years of operating without a legal backing, the NCDC was legalized through a bill signed into law by President Buhari. This action puts NCDC in its rightful place as the national public health institute, with the mandate to lead the preparedness, detection and response to infectious disease outbreaks and public health emergencies. President Buhari backed the legal mandate with an approval for NCDC to receive 2.5% of the Basic Health Care Provision Fund – a funding mechanism designed to improve primary health care in Nigeria. This is unprecedented in the history of health security in Nigeria.
Likewise, some Nigerian legislators are advocating for increased funding for epidemic preparedness. For instance, the chairpersons of Nigeria’s senate committees on health and primary health care/communicable diseases have been advocating for increased budgetary allocation to NCDC. Without a doubt, health security is an area that Nigeria’s executive and legislature agree. With hindsight, the U.S. should not have cut its Centres for Disease Control’s budget by 20% in 2018.

Fifth, pay attention to what is happening outside of one’s own country. Infectious diseases do not respect borders. Perhaps the most important lesson we should learn from Nigeria’s response to the Coronavirus is what Chikwe Ihekweazu said when he was interviewed by an international media outlet; “The concept of every country trying to look only within its own borders is completely, mindbogglingly, a waste of everybody’s time”. To be sure, Nigeria is currently dealing with its largest Lassa fever outbreak, attempting to rebuild its health system and still requires more funds to prepare for the next epidemic. However, NCDC has shown what is possible in reducing the impact of a virus with accountable leadership, use of science for decision-making and ensuring value for money in epidemic preparedness.
Chikwe Ihekweazu’s admonition on borderless approach in responding to infectious disease outbreaks is very important because as far as global health security is concerned, the world is as prepared as its weakest link.

Other countries do not have to reinvent the wheel in managing this Coronavirus pandemic. Nigeria has succeeded in containing Coronavirus and is willing to share lessons learnt.

Tsar Arthur is on a mission - Making the world better than he met it. He keeps inspiring people to do the things that inspire them. He is an avid traveller, web developer and Entrepreneur.

No categories to display

Tsar doesn't have any services at the moment